In early 2000, I started to get serious about learning photography. I got my first SLR (film!) and started playing around, taking classes and exploring my world with camera in hand. In 2001, my son arrived and gave more purpose to my photography. He was my primary subject, and experimenting with photographing him is a big part of my early development.

Until one day, when he was 6 or 7 years old, he said, “Mom, stop taking pictures of me!” To be honest, he hadn’t been a willing subject for a while, I was always bribing with cookies and other treats. But him voicing it so clearly meant I had to change. My days as the mammarazzi were over.

Even now that he’s a teenager he’s not very interested in being photographed. We’ve had fights about it. So when we were on vacation and I asked if he would let me take photographs of him looking out a train window, I was shocked to hear agreement. “I need a new profile photo,” he explained. So we took a few shots and he was done, off being silly with his cousin.

A couple of weeks later, he got his profile photo: 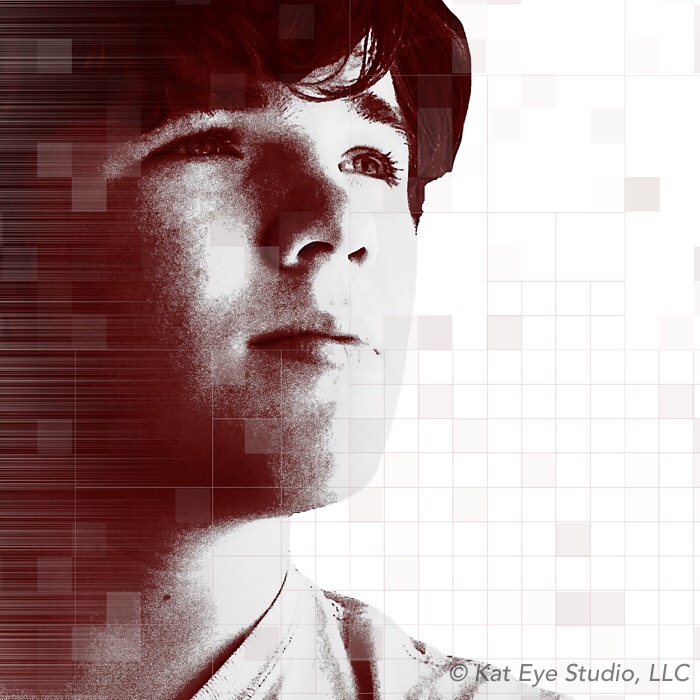 I got not only the joy of a willing subject in my son for a few minutes, but the fun of creating an interesting profile photo for him too. I liked it so much, I created a similar one for myself!

So I thought, why not share with you the steps to create an interesting profile photo for yourself? We use these images everywhere — Email, Facebook, Instragram, you name it — so they might as well be something you like. This tutorial will be in two parts, outlining the general steps and diving in on a deeper tutorial for one aspect in each part.

The starting photo should be one that really captures the personality of the subject, with good focus and exposure. You specifically want good lighting in the eyes, since that’s what a viewer will be drawn to first. The composition and background of the starting photo don’t have to be great, because we are going to be removing the subject from it. Here are the starting photos I used…

For my son, I have a series of photos of him looking out train windows, from the time he was about a year old. This overall photo is ok, could be better with some processing and a crop (and without that busy t-shirt), but I liked the light and expression on his face so that’s what I chose to use.

For mine, this selfie of me and my sister turned out great, but I needed to remove her (sorry sis!). 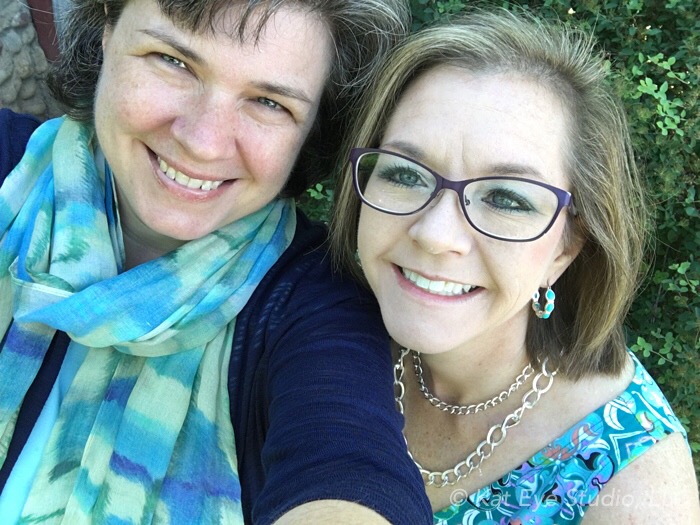 Now you need to get the subject isolated. There are a few ways you can do that:

Whatever the method, you are working to cleanly extract the subject from the surroundings. One note: If you have a subject with curly hair (like me and Brandon), you will just have to smooth it out in the masking. It’s nearly impossible to cleanly separate from a busy background. 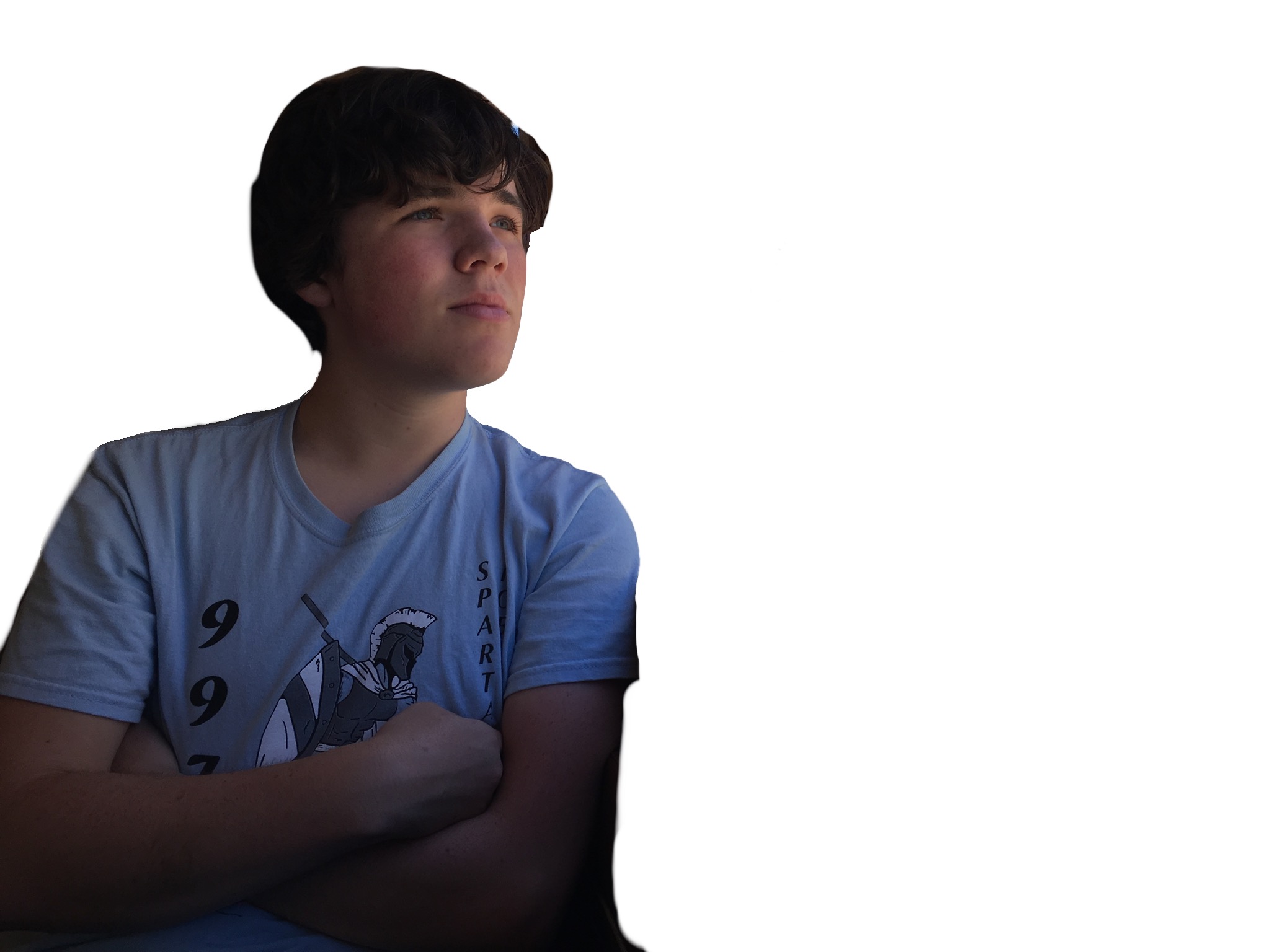 You don’t have to be perfect with the edges, you can certainly see imperfections with these. We can address most of those in how we layer and adjust on the background, in the next step.

Step 3 – Compose on a Background

Now that we have our subject cut out, we need to layer on a neutral, square background in the desired composition. Why square? Because most profile photos are a square or a circle, so if we create a square image it can be used everywhere.

I do this layering in Image Blender, using the Arrange function (tutorial in Art with an iPhone). For a profile photo, you want it to be mostly face, so zoom way in. If the image ends up a little blurry because it’s so zoomed in, don’t worry. This is going to be a creative profile photo! It doesn’t have to be perfect.

For Brandon’s, I had converted the masked image to black and white before composing on the white background. You might not be able to see it, but there is a white background behind him.

For mine, I started with a white background as well, but realized as I started playing in the next steps that was too stark for what I wanted to do, so I experimented with layering on black and grey. The grey worked best. 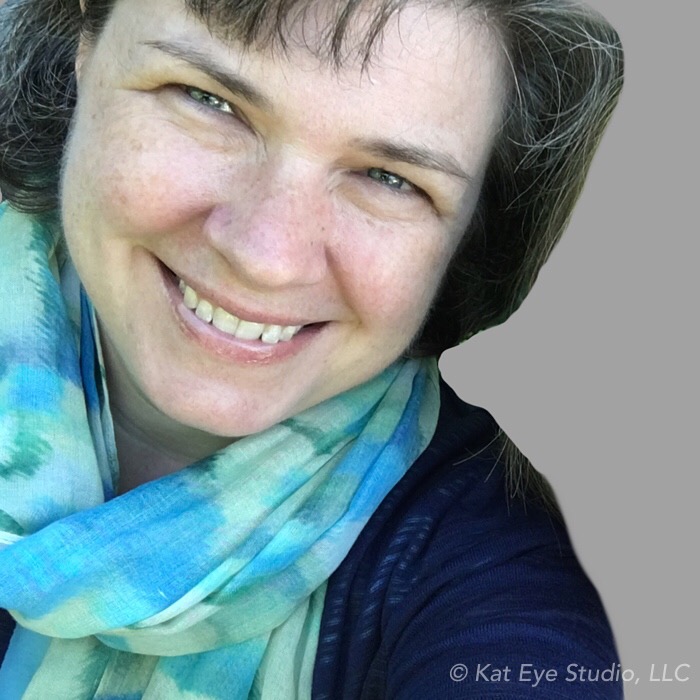 That’s all great, Kat, you say. But where did you get these neutral backgrounds? Are they magically available on your iPhone? No, of course not! I created them. You can too. And that’s our in-depth tutorial for today…

To create all three backgrounds, you will need the ProCamera, Image Blender and Big Photo apps. If you don’t know how to use these apps, they are all explained in my book, Art with an iPhone, so check that out.

First you start by taking a white photo in ProCamera. That is not as easy as it sounds, because on automatic exposure settings, all cameras want to expose to a mid-tone grey. That means when you try to take a photo of something white, like a piece of paper, you get something darker than white as seen in the next screen shot. You have to manually tell the camera to overexpose the image. In ProCamera, you do that with exposure compensation. 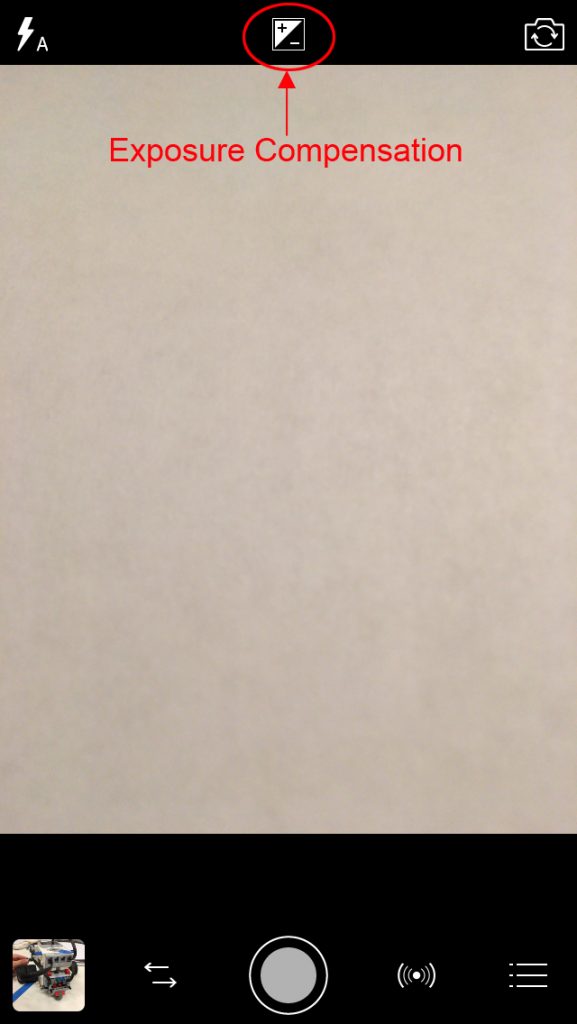 Tap the exposure compensation icon indicated above, and pull the dial that appears on the bottom of the image all the way to the left, for maximum overexposure. You can see in the screen shot that the image on the screen is now full white. Take the photo, and you will have a fully white background on your camera roll. 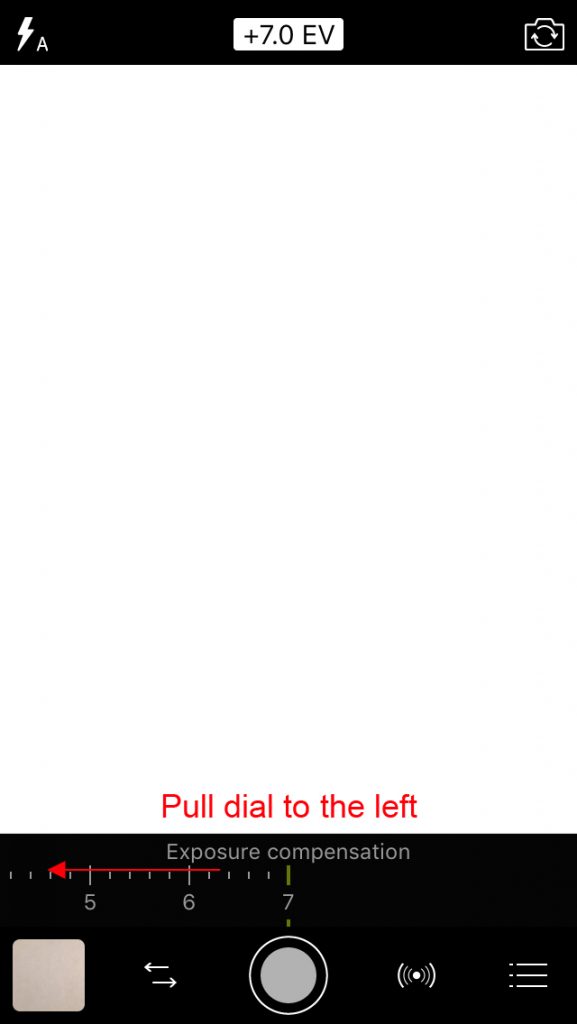 Let’s not stop there, let’s create the grey and black backgrounds too. You do that using Image Blender. Load the white photo you created as both the bottom and top layers, and then select Difference blending mode. At 50% opacity, you will have a grey image. Save it. 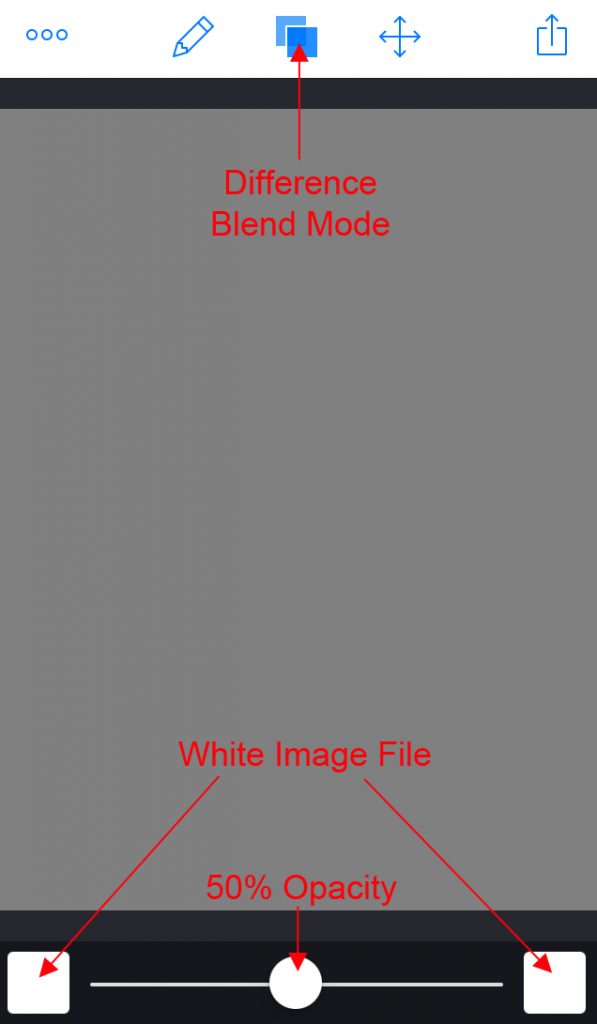 Now you have solid white, grey and black background images on your camera roll. Awesome. The last step is to increase resolution of these images in Big Photo, so in later blending you end up with a high resolution file.

Tag these high res images as “Favorites” or add them to a “Backgrounds” album for easy access. You can crop them to square and have square versions at the ready too. I use these all the time!

Coming up in Part 2

Next week I’ll get into the creative processing steps for altering color and adding effects, and show you a really cool feature in iColorama. Stay tuned!