On Saturday, as part of an “art outing” in Portland, I visited an exhibition of 48 of Robert Frank’s polaroids, from the 1970’s to the present. The polaroids were slightly enlarged prints of polaroids, maybe six inches (15mm) on a side. The subject matter might be considered mundane… a tea cup on a table, a plant in a window, a tree in a parking lot. The type of thing that can be seen on instagram every day. So why is this exhibit important?

Robert Frank’s work is significant because he expanded the accepted view of photography, starting with his groundbreaking work The Americans

in 1955. It was much criticized upon its release for it’s casual, snapshot-ish style of photography and the unvarnished view of American life. He view was different than the currently accepted point of view at the time – both what a photograph should look like and how America should be viewed. This polaroid exhibit is no different. He shares a different view on photography, and everyday life, in his images. There’s a great article in the Portland Oregonian on this exhibit and Frank’s influence on photography.

Visiting this exhibit led me to learn more about why this photographer matters. It helped me learn a little bit more about the history of photography, how we came to the visual language of today. I can see the impact of Frank’s vision, in my own work and all around me. His work has influenced us all, and we probably didn’t even know it. This is how I like to learn about art history, a little bit at a time, by seeing the work – in person – and then learning more. The knowledge sticks with me in a stronger, more visceral way than if I read it in a book.

Seeing and studying this exhibit reminded me I had seen another exhibit of Robert Frank’s work at the Tate Modern in London a while back. The exhibit was a selection of contact prints from the 28,000 photographs Frank took on his roadtrip across the US, 83 of which eventually made it into The Americans 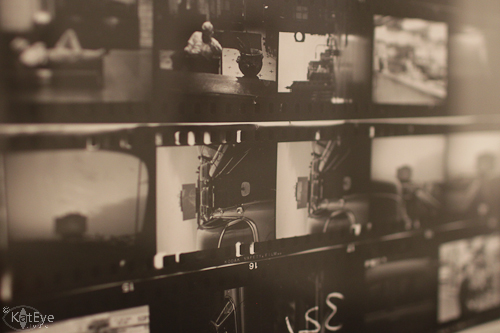 The memory of that exhibit came back to me strongly this week. It was a powerful experience, to be able to see the raw material of another photographer, a groundbreaking photographer. Most of the time, we only see the finished work. We don’t get to see what went into making it, all of the concepts tried and rejected. What resonated with me was how he studied a subject for three or four frames and moved on. A few compositions, different orientations, and then he was on to the next subject. It’s very similar to how I photograph, and that was validating.

I also love that he culled his images down from 28,000 to 83 for the book. To do that, he had to be relentless in defining and refining his vision for the project. I believe we can learn from this too. We can improve our photography by whittling down to our very best. 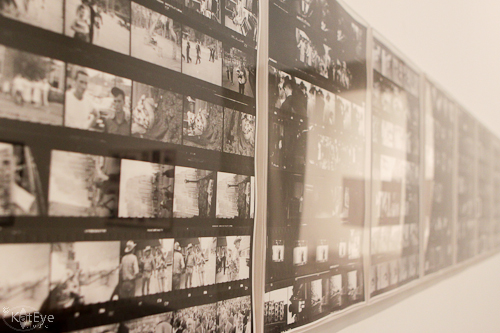 As I learned more about Frank this week, I’m reminded that there is so much to learn from the photographers who have come before us. I don’t think I’ll embark on a big project of studying photographic history, that’s not my style. But I’ll keep learning – one article, one exhibit, one experience at a time.