We arrived home from Eastern Oregon on Thursday evening and I’ve had a few days now to process the trip. I’ve been processing in more ways than one: Both editing the photographs and thinking about what I discovered about myself and my photography.

This was the first time I had ever traveled with other photographers for multiple days, with the express purpose of finding photographs. Sure, I’ve gone out for a day with photographer-friends before, and I’ve photographed over multiple days on trips with family and friends. But the purpose of this trip was all photography, all the time. That’s new for me.

So what did I learn?

First, I really enjoy traveling with other photographers, or at least these photographers in the PhotoArts Guild. They are respectful of everyone’s creative process. If anyone saw something that they wanted to photograph, they’d stop the car (as soon as it’s safe, of course). After we’d stopped, everyone went their separate ways, wandering back to the car when done where they patiently waited until the last person was ready to go. I sensed it as an unspoken rule: You didn’t hurry anyone along. You respected the creative process of each individual. After a while I stopped worrying about making anyone wait and just went with the muse… If I was inspired, I continued to photograph. If not, I hung out at the car, editing on my iPhone or chatting with the others. This approach meant that we didn’t always get to the destination that was planned for the day. It meant that we might miss dinner. But that was ok, because we were all doing something we enjoyed and were (hopefully) creating amazing photographs.

I took only my iPhone, intent to continue learning how this little camera was going to work for me in new situations. It was a last minute decision to do it this way. I had my camera bag packed with dSLR + 3 lenses, along with my tripod, all laying by the door waiting to go. Then, the night before leaving I thought, who am I kidding? I haven’t been inspired to edit a dSLR photograph in months. Why not just take the iPhone? Why not just see if I felt limited or not? I’ve always thought the only way to really learn a new tool — camera, lens, whatever — is to use it exclusively for a while, and see where it works and it doesn’t. So I left the dSLR at home and brought only the iPhone and accessories.

I got some good-natured teasing from the rest of the crew, but as always, the iPhone worked wonderfully for me. The only times I felt limited were when I wanted to zoom in on something I just couldn’t get closer to, because it was too far or there was some obstacle in the way or it would change the angle too much. When that happened, I found I kept looking and discovered different things to photograph. Or I framed things differently. Or I discovered new ways to include the feature I might have zoomed in on, maybe with a foreground or some other feature included. It was a good challenge, and I found I wasn’t frustrated by the shots I couldn’t get. I was pleased with the ones I did get. 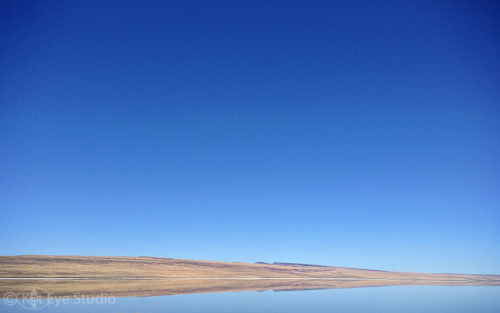 I also had the chance to really work with the Photojojo lenses I bought a few months ago. I discovered that I don’t like them. Not because I didn’t like having other lenses to use, because I did like that. I just didn’t like these lenses. I didn’t like the sticky ring that you have to put on your camera; it fell off at one point and I had to apply a new one. I didn’t like the way the lenses have all of these pieces and parts you have to undo to put the lens onto the camera. I didn’t like the optical quality of the lenses. They are all fuzzy at the edges, and you have to focus in the center – which is not usually my composition style. I also managed to lose the wide angle lens, which screws onto the macro lens. That actually turned out to be a good thing – because it made it easier to use the macro lens and that’s the one lens I actually liked of the bunch. After playing with these I’ve decided I’m going to try the Olloclip instead. Fewer pieces and parts, no sticky magnetic ring and hopefully better optical quality. I’ll let you know how it goes in the future. 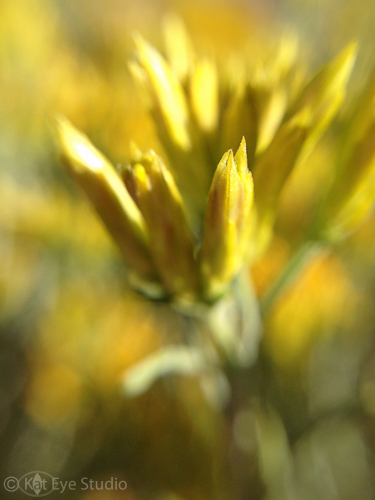 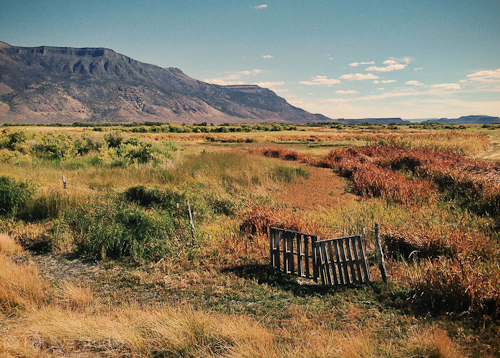 …it’s still not my favorite perspective to photograph.

I prefer to get closer, and share a more intimate view of things. I find having parts of things included in my photos more intriguing than the whole. Photographing this boat one morning, one of the other photographers on the trip joked that I could stop taking pictures, he had already photographed the scene. I held up my iPhone and asked him, “But did you take THIS photograph?” He quipped back, “No, I managed to get the whole thing in.” We laughed, and went on. But the comment made me think. You see, I don’t WANT to get the whole thing in. The image I created with part of the boat is more compelling to me than the ones I created with the whole boat. That held true for most of the photographs I liked from the trip. They weren’t the big picture view; they were the small scenes and details. 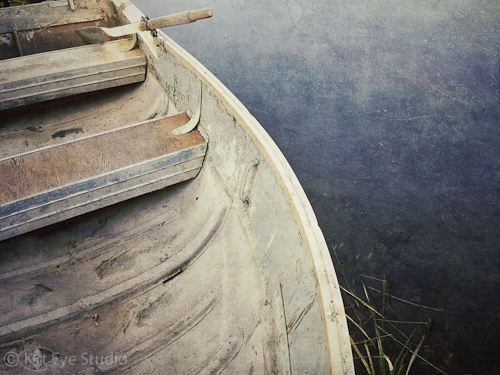 At first I attributed it to the iPhone, thinking that’s just the type of image it is well-suited for: Getting up close and intimate, since it’s doesn’t have a zoom. Then I realized focusing on the small scenes and details really comes from within me. It is my eye; my view of the world. Small scenes and details are what I have ALWAYS been drawn to, regardless of the camera I carry. So saying that the iPhone is well-suited to this type of photograph means that the iPhone is well-suited to my style of photography. Which must be why I don’t feel limited with this little camera in my pocket. In fact, I’m liberated, because it is always with me. 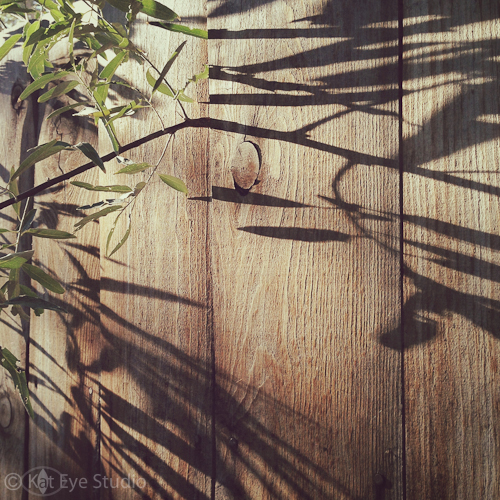 I wasn’t sure I would find anything to photograph on this trip. I have to be honest, going to Eastern Oregon was not my first choice of places to go to photograph. If you asked me to make a list of places I want to photograph, this area wouldn’t have even appeared on my list. But these guys were going, and they said, “Want to come?” I had the vacation time, the family was busy with work and school, so I thought, Why not? Not only did it appeal to me to just go off and photograph for a few days, I wanted to get to know the other Guild members better and I held a bit of curiosity about the place that draws so many of them back year after year.

And while it wasn’t my usual subject matter, it grew on me. I discovered the sand dunes and the aspens and way of life that is completely different from mine in Corvallis. It showed me that there is so much to Oregon that I haven’t explored yet. So many places to go, so many things to photograph. 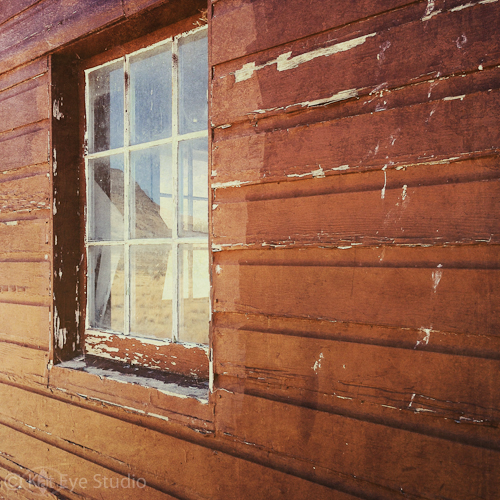 In the end, I discovered that no matter where I go, or what camera I have with me, I will always find things to photograph and find ways to make interesting images. I am, at my core, a photographer. It’s just how I see the world: I’m always chasing lines and light.

Yesterday there was a storm coming, and I captured an amazing dramatic sky with my iPhone. By this morning the storm had settled in and it was raining buckets, just absolutely pouring, when I got up. There is something wonderful about hearing the rain come down outside and being cozed up inside with a cup of tea, don’t you think? This morning while I was in my comfy chair, I created this image I’m calling “Storm Coming.” 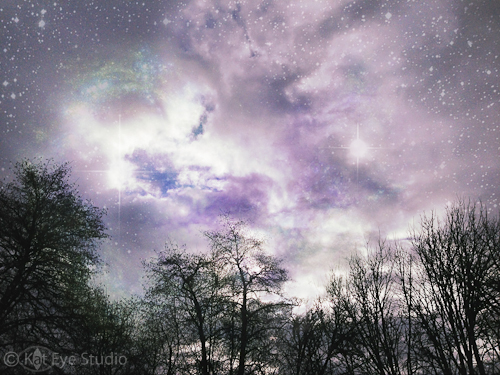 This image is part of a growing group of photographs with the “Trees in Space” theme. (I don’t think that’s the final name for the series, but it’s the best I’ve got so far.) The first couple of these came about quite by accident but I’ve continued to play and discover what it takes to make a good final image. It’s interesting how the first one or two came easily but the later ones are taking more work. I think I’m getting pickier about the end result, and it’s not just playing around any more. It’s interesting to observe, real time, how random play helped with discovery of this technique and then how it transitioned to artistic intent. I guess that is a transition that any series has to make at some point, to become a cohesive body of work. I think it would be fun to have enough good images in this series to exhibit them as a group someday, so I’ll keep working on them.

Speaking of exhibitions… I received a question on yesterday’s post on how I find out about exhibitions. It was a great question, and I realized that while I’ve talked about submitting to exhibitions before, I had never discussed how I find them in the first place.

I’ve mentioned this before, but I have been lucky to find and join the local photography guild, the Willamette Valley PhotoArts Guild, which is dedicated to supporting photographic artists. I first learned about upcoming exhibitions through this organization. There are a couple of members in the guild who are well connected in the arts community, and they forward on the “Call to Artists,” which is what the notifications of an upcoming exhibition that is seeking submissions are called.

Since I’ve been applying and participating in exhibitions, I’ve learned a bit about where and how these all happen, and I can share a few ideas on how you can find them in your area:

Some ideas on where to find exhibitions:

The list so far focuses on local exhibitions, because those are often the easiest to get into and a good place to start your journey into exhibitions, without a lot of hassle with transporting your art a long way. Some other places to look, beyond the local community:

There are probably many more, but these are the ones I’ve learned about so far in my journey into exhibiting over the last year and a half. Start by doing a web search for local guilds and exhibitions being shown in your area, and go from there. There may be a vibrant arts community right under you nose, and you only need to join it!