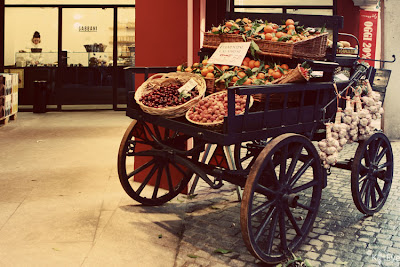 The other night as I was falling asleep, this image popped into my head as the next in my series. I’m not sure I completely agree, but I’m also not sure you can argue with your subconscious mind. It does as it wills. This image is from Lugano, Switzerland in December 2009. The odd thing is, I haven’t thought about it twice since I took it. I never edited it or even noticed it in my photo review.

Here’s my internal debate about whether to include this in the series:
– It is definitely a vehicle with groceries.
– Not really any crates involved .
– It’s not red, but there is red in the photo.
– It’s not in Italy but it’s in the Italian speaking part of Switzerland. But maybe the series is Europe?
Since this series seems to be evolving on its own, I guess I just have to follow along and see where it leads.

What do you think? Is it included or not? Here you can view images one, two and three.

I am off on vacation for the next week. Again. I know, it’s crazy, but true. Tonight we go to Venice for one night, because it’s Carnevale! This was one thing that I didn’t want to miss in my No Regrets Year. Sunday we fly to Sicily for the rest of the week since Brandon has the week off of school. From what we hear, it’s completely different from Northern Italy so it will be interesting. I have a few posts ready for you over the next week, and I’ll be back with more pics in a little over a week.  Who knows, maybe more in the series will appear. 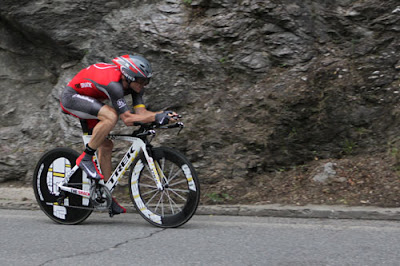 Go Lance, Go! Lance Armstrong riding by in the time trial of the Tour of Switzerland.

We spent the weekend in Lugano, Switzerland to watch the Prologue of the Tour de Suisse bicycle race and explore the area a little bit. Patrick got to see lots of cyclists he follows, Brandon got some autographs and I got to play around with photographing cyclists in motion. It was fun to do something out of the ordinary and explore the settings on my camera. Everytime I do something like this, I learn more.

Below is Fabian Cancellara, last years champion and this years time trial winner. I think the cameramen on the back of the motorcycles are awesome! Imagine riding around like that! 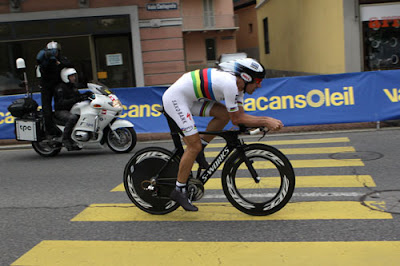 I have no clue who these riders are, but I love the look of intensity on their faces. 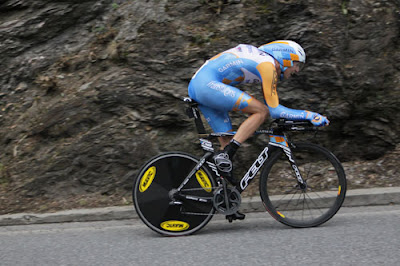 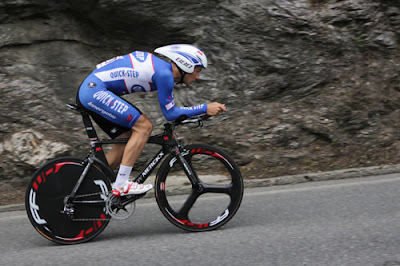 I have some pics from other locations on the course, but this was my favorite spot to photograph. No distracting background and on a hill so they were slowing down. I won’t bore you with the gazillions of photos I have that are similar, but if you have a favorite rider or team and want a pic let me know the team name and I can email the ones I have of that team. Patrick will have more on his blog too!