So there have been three things in my world since the start of the year… Work, the Liberate Your Art Postcard Swap, and Robotics. Let’s get caught up a bit on how everything has been going!

In Robotics, the six week build season ended on February 18. The team successfully completed two robots, a Practice bot (left) and a Competition bot (right). The Competition robot has very strict rules on when it can be used, so the Practice robot gives a team more flexibility to continue to refine and improve the hardware, software and driving between competitions. 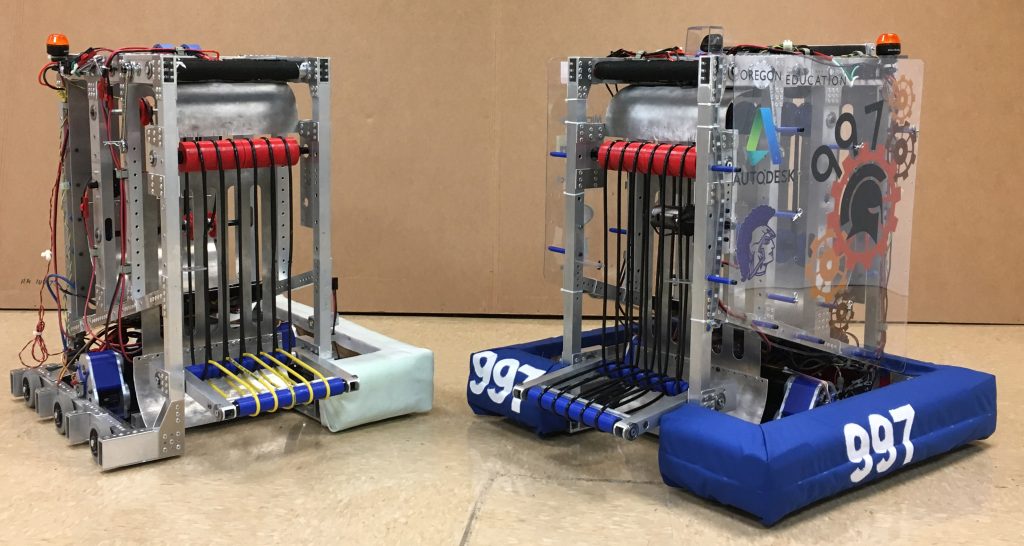 Last weekend we had our second District competition, and it looks like our team is headed to the District Championships next weekend at Eastern Washington University in Cheney, Washington. Yay! Take a look at this great highlights video from last week’s competition to see the robots in action. Look for 997 on the robot and the kids – that’s our team! It’s pretty amazing what these kids achieve.

In the Liberate Your Art Postcard Swap, we had a successful swap day on Sunday, March 19. (I squeezed swap day in between robotics competitions. Scheduling in my world is pretty tight these days.) I had four great helpers and we were an efficient bunch! 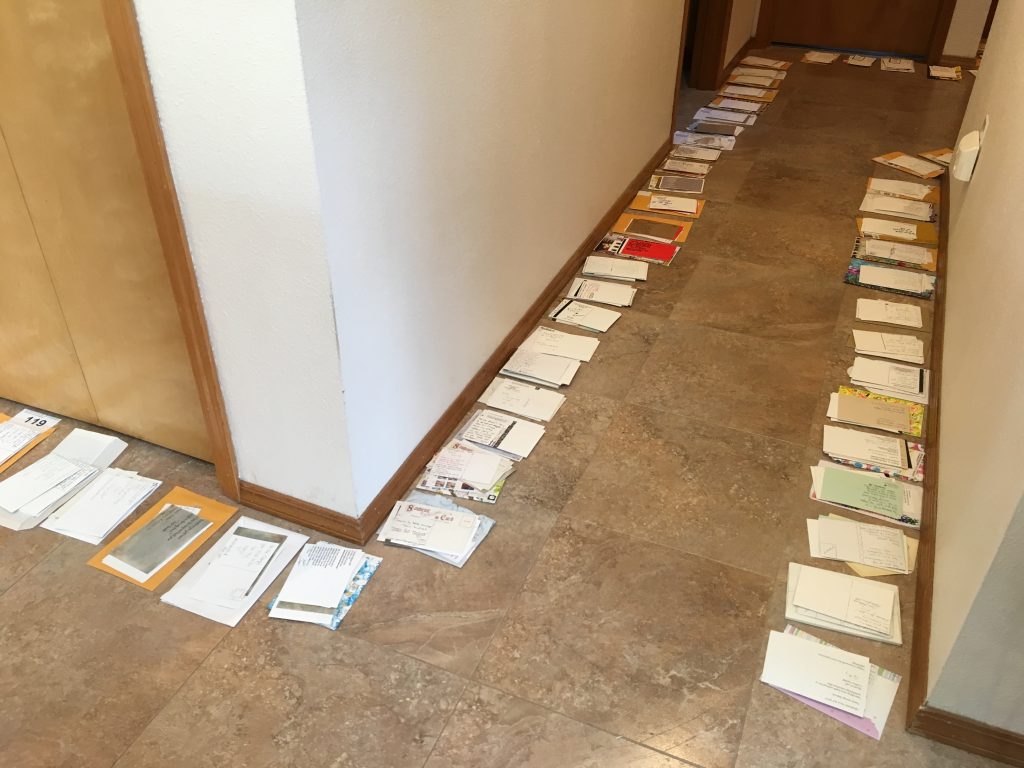 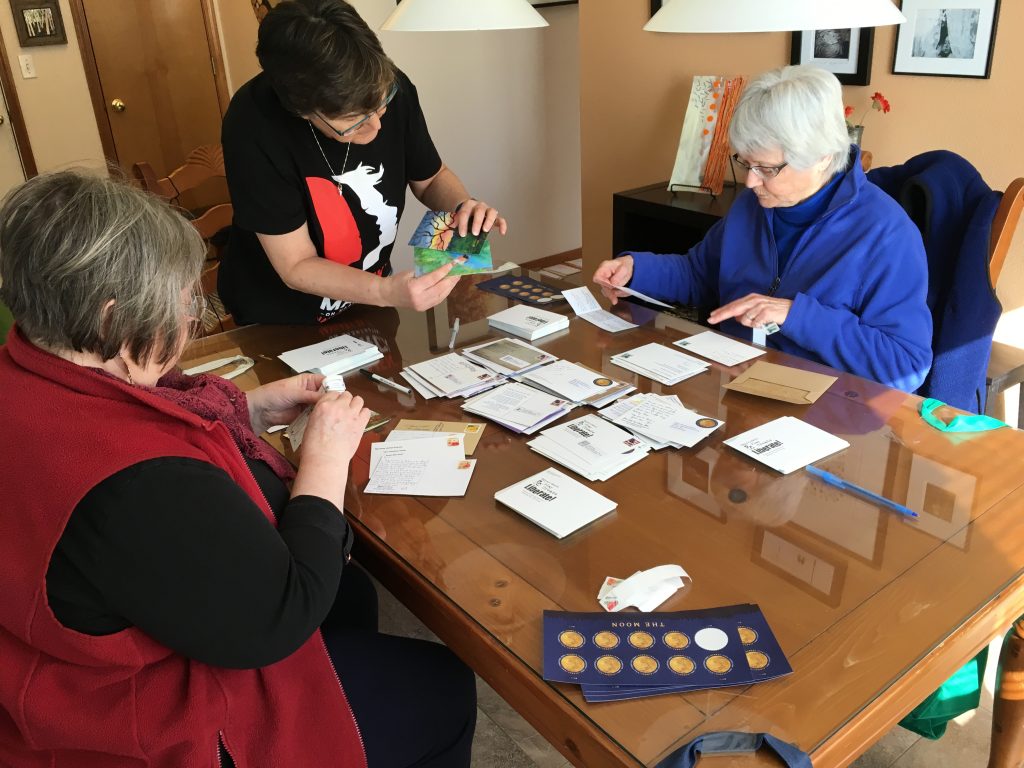 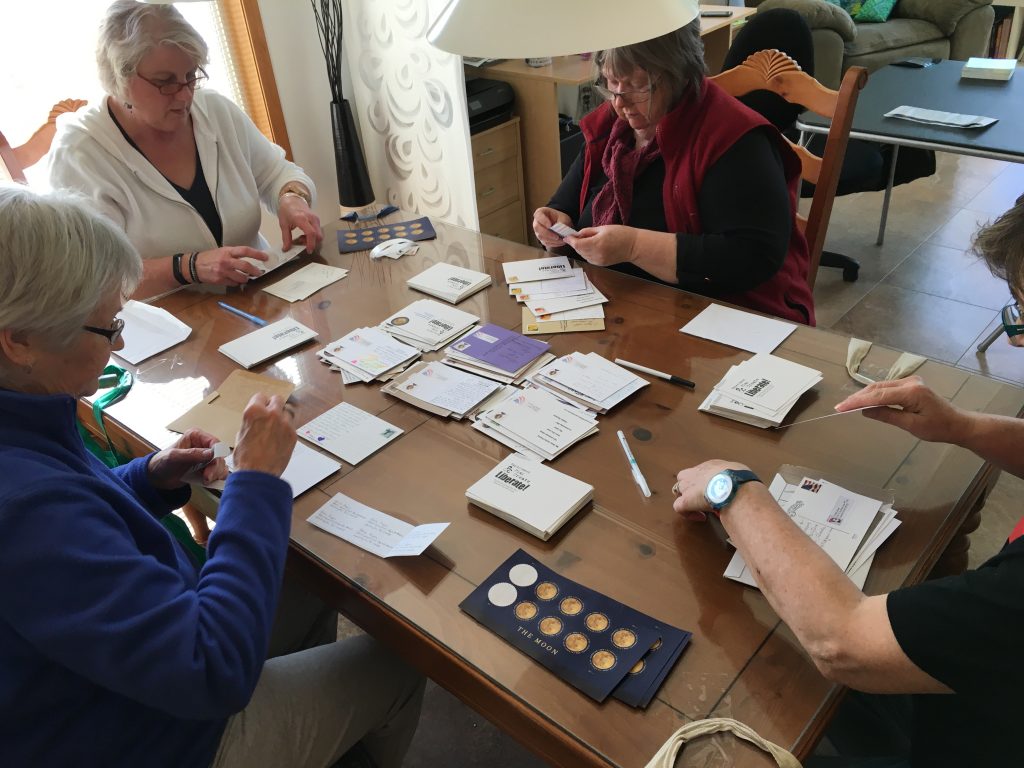 Art has been liberated for the last two weeks. One more week to go! The last mailing will be sent from the Robotics District Championships in Washington, a fun little overlap of my different projects.

The Final Celebration for Liberate Your Art 2017 is a blog hop on April 14-16. Party on the blog in two weeks!