Italy seems to be coming up for me a lot lately. Just little remembrances, here and there. It’s like a soft realization that my time in Italy has been absorbed into the layers of me, of my history. No longer the most important layer, or the most fragile, raw layer. A layer that’s been safely ensconced by “before” and “after.” 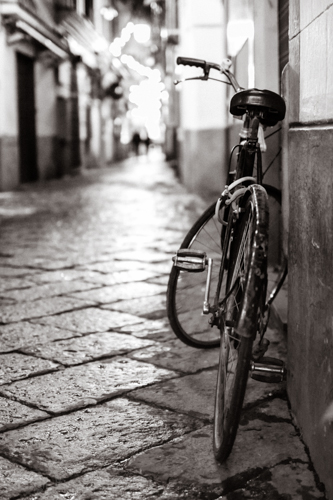 Maybe it’s because now — heading on 3 years later — I know there is a “Kat” after Italy. Life has continued to go on. There has been more creativity, more learning. More growth. I’ve reinvented myself again, as a new person, after Italy.

My time in Italy was about reinventing myself. Beyond the scope of my normal life it was this chance in a new place to dig deeper and find who I am at my core. I uncovered the creative, artistic part of me again. I found confidence in myself outside of my previous frames of reference.

But it was still with a frame of reference, and reliance, on Italy. I took my identity as an artist, as a photographer and writer, from the place. From the travels and adventures around Europe. So, coming back I had to reinvent myself once again, in a new context. The context of “after.”

For a while, Italy was still my frame of reference. That layer was on the surface, always to be referred to, compared to, examined against. And then, when it started to get covered up, the top layer was too fragile. I couldn’t dig down to Italy, because I would damage things on the surface. I need to let it go, and move forward.

But now… I can revisit it again. It’s like picking up a treasured object; savoring a special memory. A layer of who I am, like any other. Not one that defines me any longer, but one that enabled my definition. And a layer that, because I found I could transform, allows me to continue to transform. Because of Italy, and the return, I know I can learn and grow and forever change.