This week for Paint Party Friday I thought I would share this digital painting, Reminiscent of Tuscany, and the process that I used to get there. I love how this one turned out! It’s been fun to experiment and see how things evolve. 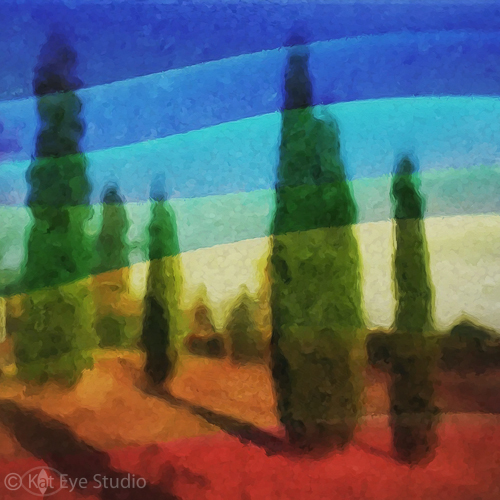 Let’s start at the beginning, shall we? With the photograph. Driving in to my worksite from a different direction, I noticed these long skinny trees. Their shape and the way the light was hitting them reminded me of the Tuscan countryside, where the long, tall trees like this line the drives. So I asked my husband to drop me off in a different place, and I walked along the path at the edge of the property to photograph these trees. I had a plan for how I wanted these trees to look as a painting, so I walked around to view different angles and framed the photograph with that end goal in mind. 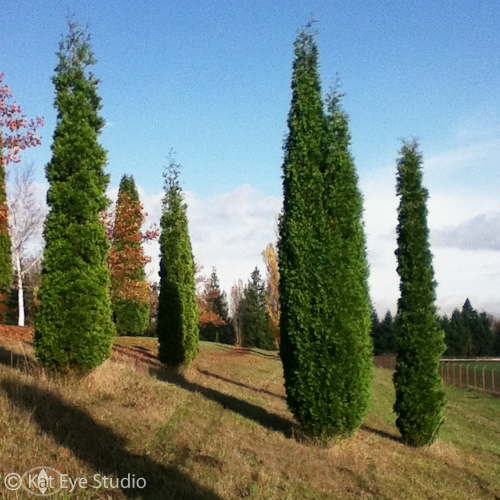 Later that night, on the bus ride home actually, I brought the photograph into the Glaze app and played around with painting effects until I got what I wanted. I was going for an effect that would smooth out the edges and details. I wanted mostly the shape and form of the trees, which is reminiscent of a painting style you will often see in modern paintings of the Tuscan countryside. Below was the final result. It’s not quite as smoothed out as I was envisioning, but as close as I could get. 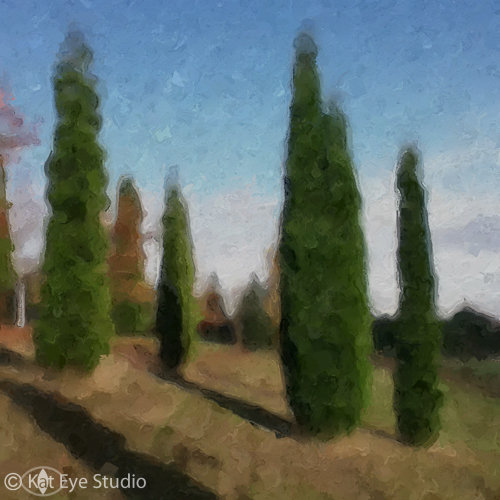 I liked it at this point, but it didn’t “wow” me. A couple of days later I was participating in a Holiday Bazaar and was playing with images on my iPad during the slow times. I opened an app I hadn’t played with yet, InstaEffect FX, to see what it could do. I saw this wavy rainbow filter and had an “aha” – my tree painting needed some color! Here it is with the filter applied. 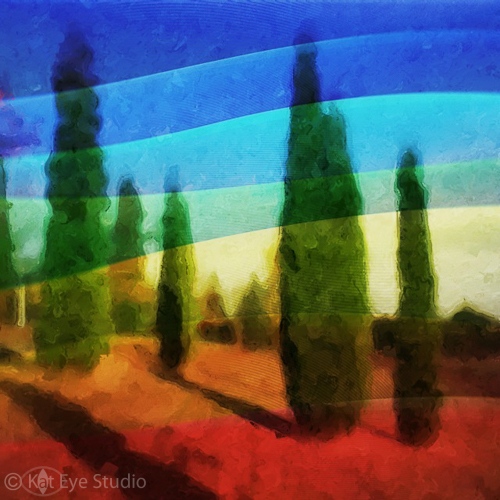 The sharp edges of the wavy lines needed to be painted a bit, so it was back into Glaze to “paint” those in. I have to admit, I haven’t quite figured out how to make Glaze do what I want yet, but after experimentation I usually get to where I want it to be. Here’s the final version out of Glaze: 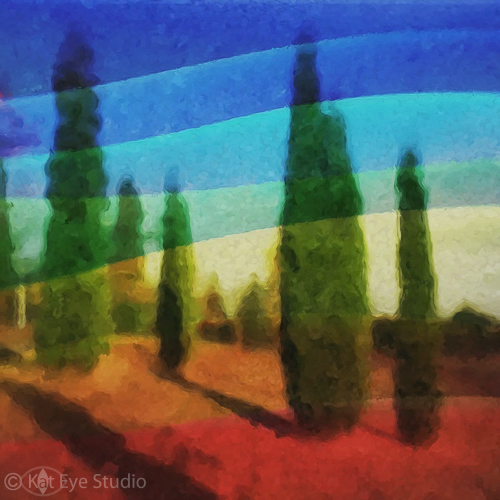 The last bit was cropping. Even after the painting made them less obvious, I didn’t like the distraction of the other trees on the left side of the frame. I cropped them out with the Snapseed app, and here is the final result:

It makes me smile. I love the bright colors, the shapes, and the memory it evokes for me of a different time and place. Whether it reminds anyone else of Tuscany is not really important.

It also marks an interesting shift… it’s the first time I’ve taken a photo specifically with an end painting in mind. Even though the end painting didn’t end up anywhere near the place I had envisioned it, the image was taken for that intent, and I’m happy with the result. Pretty cool, huh?