These things together may not have been the very start of my creative journey, but they certainly were the things that launched me high speed down the path. Somehow in the last few days I came across this photo in my archives and my heart leapt. There it is, laid out in a picture… cameras, Italia and me. Taken in the Alinari Museum of Photography in Florence in 2011, somehow this image speaks volumes to me about my time in Italy. My creative journey with the camera. 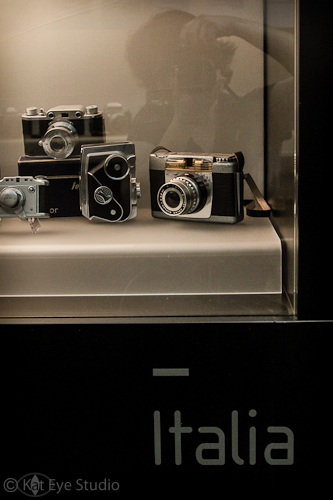 I’ve been back from Italy for over a year and my journey with the camera continues. The Corvallis Fall Festival this weekend was another step along the way. It was a successful weekend for me. Not just in sales (although that part went surprisingly well), but in learning, in getting to know my fellow members of the PhotoArts Guild, and in pushing through my fears of having my work “out there” in the public.

I learned a ton… preparing my photographs for sale, how to set up a booth, different ways of display… the list will continue on. While this was my first year participating in the PhotoArts Guild booth, for the four other photographers it was their second year. They had learned a lot and made substantial improvements to the booth to make it bright, open and accessible. Not bad for what could be begged, borrowed and bought used! We were also lucky to have beautiful weather the whole weekend, which always helps a festival like this. 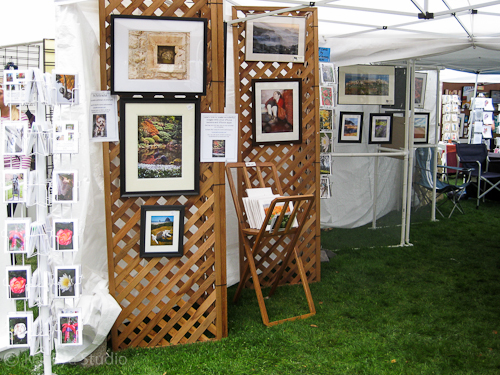 I also learned that you cannot predict the public reaction to anything. There were certain photos that many people would spend a long time studying, but no one ever bought them. There were photos that generated a lot of interest in the form of conversation and questions, but no one ever bought them. In previous years, cards were the big money maker they told me, but this year fewer cards were sold and more prints were sold. Go figure.

After all of this, you are probably wondering: Will I do it again? Yes. It’s the next step on my journey. And now that I’ve taken the first step, gotten over the initial fears and investment, I’ll continue to move forward down this path to see where it leads. Not at a sprint, mind you, but at the pace that works for me. It was fun!