My boy, early in the morning. 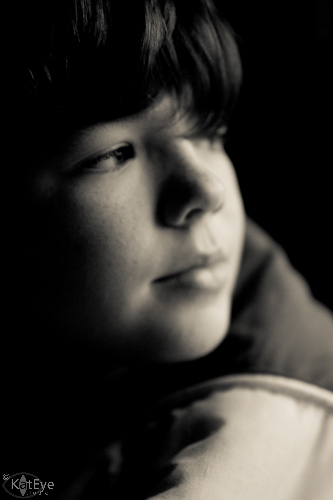 As we snuggled on the couch this morning to keep warm, the soft light and shadows inspired me to grab my camera and convince him to sit still for a moment or two. This doesn’t happen often these days. When he was little, he was my main subject but at some point he got tired of the mamarazzi and put his foot down. He was done having his picture taken. That’s when I began to explore other subjects to improve my photography skills, opening up a new and different world. The world you see most of the time around here.

That doesn’t mean I don’t want to capture him. His growth, who he is. He’s at the cusp of teenager-hood, making his own choices. Listening obsessively to pop music, growing his hair out (my one condition: he must keep it clean) and playing computer games.

But… he’s still my boy, for this brief moment, early in the morning.