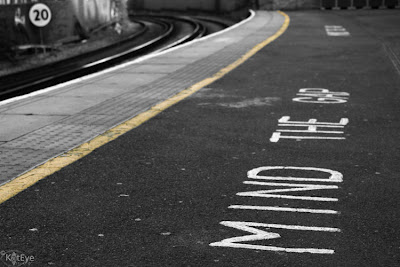 You can’t travel in England without hearing, “Mind the gap.” On the regional trains, underground, wherever, there is always this little reminder as you get on and off the train.

It’s also a reminder that British English is not the same as American English. We really don’t speak the same language, even though it’s called “english” from both countries. We would say “watch your step” instead of “mind the gap” in this case. Since we are surrounded by British English – between Brandon’s school, our satellite TV, my online friends and our travelling – we’ve become accustomed to the differences. I find myself saying “fabulous” and “lovely” all of the time now.

It’s actually hard for me to come up with this list at the moment, I’ve gotten so used to some of the differences. Can you help me out? What additional words and phrases can you think up?