Time for another exploration! Can I tell you how much I look forward to these? I have been thinking about this post for the last two weeks, pondering today’s topic and seeing things in the world around me with an eye to Repeating Patterns.

We have repeating patterns everywhere in our lives. So much so that we don’t always notice them. We see, catalog, and sort the differences in things, that’s how our brains work. The sameness can blend in to the background. But, when we notice, we can use the “sameness” of patterns to good effect in our photography.

First, let’s explore repeating patterns as the focal point of our images. In the photo below, of a Barcelona apartment building, at first glance it might look like a photo of windows. It’s not. It’s a photo of a repeating pattern – the windows, balconies and shadows all repeat in a regular fashion. There’s no one place for the eye to look. I’ve heightened the “pattern” aspect of the photo by changing it to black and white. No pesky color to distract you from the pattern. The image becomes more about the pattern of light and dark, than what is creating the pattern of light and dark. I especially like the undulating light “stripes” that appear, where the sunlight hits the building, when you stop looking at the windows and shadows and just look at it as a pattern. 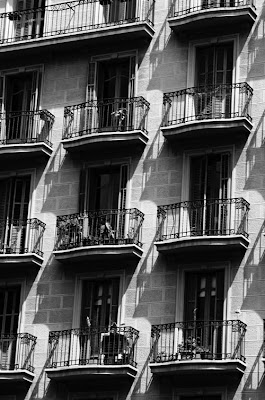 Here’s another image that is of repeating pattern, of a rooftop in Murten, Switzerland. You see the shingles, all repeating at regular intervals vertically and horizontally. There is a difference in this photo, however, from the image above. In this photo, the repeating pattern serves to highlight another aspect – the fact that the shingles are different. The pattern repeats, but what makes up the pattern does not, so this image is about the differences. Differences in color, size, shape. You notice them all more because of the pattern. 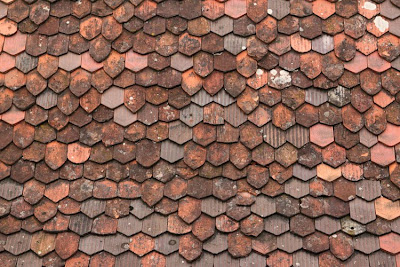 In thinking about repeating patterns and how I use them in my photography, I find that this second use, using a repeating pattern to highlight some third aspect, is my primary use. This image of shadows on the street in Bolzano, Italy is a good example. Imagine the image of the shadows without the contrast of the pattern, or the pattern without the shadows. Either way, in my mind’s eye, it falls flat. But when you combine the two, and use the repeating lines and shapes of the pattern as a backdrop for the irregular and solid shapes of the shadows, you get a great image. The repeating pattern really sets off the subject, the shadows. Again, in this image I converted to black and white to highlight the lines, shapes, patterns. 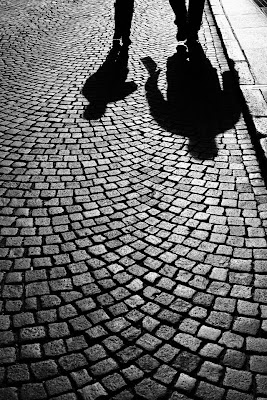 The pattern of the edges of the floor tiles, of this Gaudi design in Barcelona, serves to contrast and enhance the flowing nature of the art that is impressed into them. The angle of the photo, with the pattern growing smaller and blurring toward the back, serves to enhance your awareness of the dimension, how the light and shadow is showing you the impressed elements. The pattern of straight lines provides a structured frame that the flowing curves reside in and move through. You also get hints that the natural, curvy figures impressed into the tiles are a repeating pattern of their own, when you look at it closer. All that in one picture of a floor! 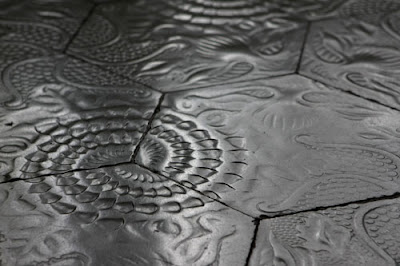 Here the repeating pattern of the balconies serves to enhance the feeling of height in the skyscraper in Barcelona. You see this in many “looking up” skyscraper shots, but this one is very dramatic because of the horizontal lines and angles jutting out on each floor. 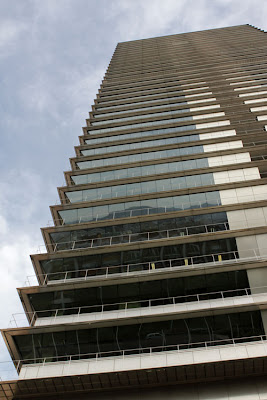 This image, from Milan, shows how the pattern of the light and shadow on the unusual bricks of this building serve to show the curve and size of the building. You see the bricks, but the repeating pattern of them immediately leads your eye along the curve toward the edge. What happens after the edge of this picture? The crop of the image, which doesn’t show you beyond the building, leaves you with the impression that the pattern continues indefinitely. 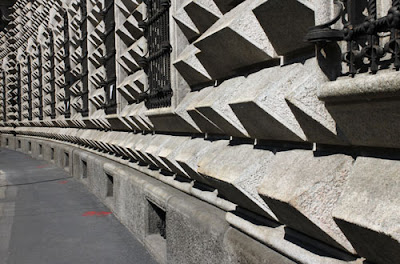 While all of the examples so far have been of architecture, I also find store displays a wonderful source of repeating patterns. In this image,you have repeating patterns in three dimensions. An image of a single chocolate bar, while showing the design of the wrapper, color, etc., would not be as interesting as this one with the repeating pattern. The pattern of multiple bars repeated, as well as the repetition in the third dimension, gives depth and a feeling of abundance. You see the chocolate bar wrapper just as clearly as if that were the only thing in the photo, but you also see more. 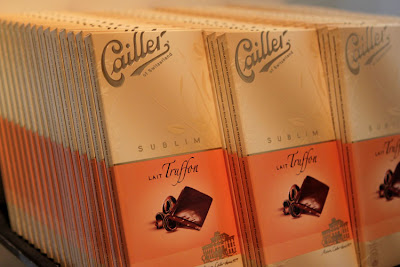 So, how can you use repeating patterns in your photography? Some ideas and tips…
1. Look for repeating patterns, they are everywhere around us. Architecture is one of the best sources, because it takes lots of little, repeating pieces to build something big. Elements of architecture with repeating patterns can be found in the facades – windows, doors, trim, bricks, blocks of stone – or inside – steps, beams, flooring. Our modern world is built with repeating patterns! Stores are also a good source of repeating patterns, because they have a lot of the same thing to sell. Look for creative store displays that use that to good effect.
2. Look for opportunities for the pattern to be the subject. Choose your composition and angle such that you see the pattern repeat several times at the same size and there is no “perspective” effect. This will often be looking straight at, or very close to straight at, the subject pattern. Try converting to black and white to enhance the pattern aspect, removing color as a difference that may distract from the pattern itself.
3. Look for opportunites for a pattern to enhance or contrast with a subject. Use angles that show the dimension – distance, height, depth. Use compositions that capture differences in the pattern – whether it be color or shape. Use a pattern as a backdrop for the subject. Use post-processing, like selective color, to have one element of a repeating pattern pop out.

What other ideas do you have for capturing images with repeating patterns? I’d love to see what your eye sees! Share here in the comments or join in the Flickr group.

(Want to explore some more? You can find all past explorations linked in one place here.)