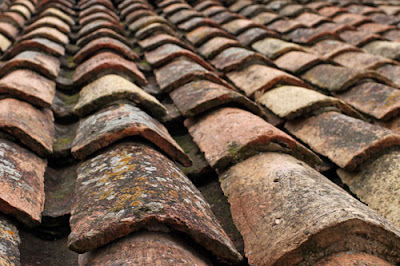 There is a story in the rooftops of Dubrovnik. A history, there for the eyes to see. Not the history of hundreds of years ago, but of less than two decades. A story from the Croat-Serb conflict of 20 years ago.

Shortly after Croatia declared independence from Yugoslavia, Dubrovnik was beseiged for seven months as part of the conflict, in 1991-1992. The idea was that breaking Dubrovnik would break the spirit of the Croatian conflict. But Dubrovnik was never broken, and neither was the spirit of the Croats. This city survived, as it has survived for centuries, even against major powers like the Venetians. And now it is rebuilt, the damaged rooftops and streets repaired to invite visitors once again. 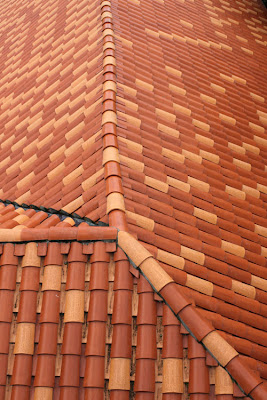 So Dubrovnik has an interesting look, because of all of this, with most of the centuries-old buildings sporting new rooftops. You can see the difference between the ones from long ago and the ones that are brand new. You can see the spirit of the people who survived and defended their city in modern times. You can hear it in the stories of the people you talk to… from the restaurant owner who tried to teach us to make a whistle with our hands “like they used to communicate in the war” to the owner of the apartment we rented who told us how the old aqueduct system bringing water to the town worked even during the conflict.

There is pride in these stories, pride in the rooftops. They respect the history of the town, and it becomes intertwined with these recent histories and experiences. In some places, you see where they tried to repair the roofs with as many old tiles as possible, combining them with new. It all becomes one continuous history. 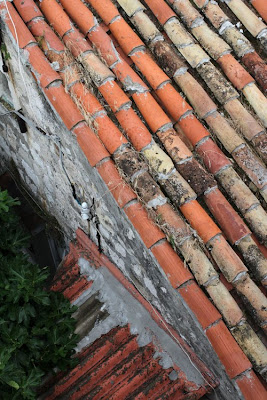 And when you look out over the town, you get a visible reminder that conflict is not gone from our world. But it can end, people can rebuild and in the course of less than a lifetime go from besieged town to thriving tourist destination. Dubrovnik was a beautiful city, well worth the visit. But I think what I liked best, was hearing the story of the people who live there and reading the story in the rooftops. 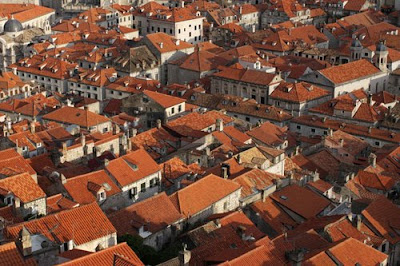